Most Employees Do Not Trust The Boss

At Tague Alliance we value our team highly and put a lot of work into building open, honest, and trustworthy relationships with our employees.  The article below was a bit shocking, but not surprising.  Many employees do not trust their boss or manager which is totally sad.  We encourage you to make sure you are being open, honest, consistent, proactive, and accountable with your agency staff to facilitate a healthy and productive team.

PRINT  EMAIL
SHARE ON TWITTERSHARE ON FACEBOOKSHARE ON LINKEDINSHARE ON GOOGLE_PLUSONE_SHARE
November 4, 2014
More than half of the people surveyed give their organizations low marks for trust and effective leadership, according to a consulting firm specializing in workplace performance improvement.
Interaction Associates, which has released its annual workplace trust research,Building Workplace Trust 2014/15, also finds links between “trust leader organizations” and revenue growth, and between “trust leaders” and high levels of innovation.
As part of the survey, workers were asked to rate the statement: “Employees have a high level of trust in management and the organization.”
In response, only four out of ten agreed that the description was suitable for their organization well. Fifty-eight percent found their organizations lacking. In addition, 26 percent of those surveyed say they trust their boss less this year than in 2013.
For the purposes of the Building Workplace Trust research, trust is defined as the willingness to accept personal risk based on another person’s actions. And on the measure of risk and safety specifically, people trust their peers more than the boss.
More than half of those surveyed—54 percent— say they feel safe communicating their ideas and opinions with colleagues and peers. In contrast, only 38 percent of those surveyed say that people feel safe communicating their ideas and opinions with leadership.
Asked about the appropriateness of another statement—“My organization has effective leadership”—only 45 percent agreed.
This year’s research—the sixth annual report—polled more than 500 people employed at companies worldwide in a range of job functions and industries. Interaction Associates commissioned the international research company, IDG Research Services, to implement this year’s Building Workplace Trust survey.
In a statement about the survey, Linda Stewart, CEO of Interaction Associates, said: “Our research consistently points to how trust is critical for driving business results—and yet we see such a high rate of mistrust among the working population this year.
“The results are alarming especially in light of the importance people place on trusting their leadership—some 82 percent of all respondents say that trusting their boss is essential for them to be effective in their job,” added Stewart. 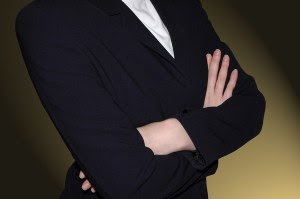 Trust Leaders, Laggards and Financial Performance
Other findings in Building Workplace Trust specifically detail the differences between trust leader organizations and trust laggards, defining “trust leaders” as the 10 percent of companies whose workers agree that “Employees have high trust in leaders and the organization” describes their organization “extremely well.”
According to Interaction Associates, companies that are trust leaders are more than two-and-a-half times more likely than trust laggards to also be leaders in revenue growth.
What’s more, trust leaders significantly outperform all other organizations in achieving key business goals, such as customer loyalty and retention, competitive market position, ethical behavior and actions, predictable business and financial results, and profit growth, Interaction Associates says.
Building Workplace Trust also points to significant gaps between trust leaders and other organizations in the behavior and actions that foster the right cultural conditions for high trust in organizations.
Ninety-six percent of those surveyed who work for trust leader organizations say their leaders make decisions that are consistent, predictable, and transparent. Only 29 percent of non-trust leaders say that’s the case at their organizations.
Other behaviors and actions that foster trust—and where there are huge double-digit gaps between trust leader organizations and non-leaders—include:
Trust Drives Innovation
The consulting firm also finds that trust drives innovation, with gaps between leaders and laggards reported. According to the research, while 65 percent say that trust leaders prioritize innovation, only 14 percent say this is a priority for laggards.
Additionally, roughly 80 percent of employees report that a high level of trust inside an organization fosters both innovation and investment in new projects.
The bottom line of all the findings is that employees crave transparency from leaders, and they want input into decisions that affect them. The top five actions employees urge leaders to take in order to build trust are:
About the Survey
Interaction Associates commissioned the international research company, IDG Research Services, to implement the research for Building Workplace Trust 2014/15,polling more than 500 people employed at companies worldwide in a range of job functions and industries.
About Interaction Associates
Interaction Associates helps organizations around the world build high-involvement, collaborative cultures by developing their leaders, teams, and change agents. Services include customized consulting, learning and development, including live online programs, and coaching services. IA was named was named one of Training Industry’s Top 20 Leadership Training Companies from 2012-2014.
Source: Interaction Associates
Posted by Tague Alliance at 10:09 PM No comments: